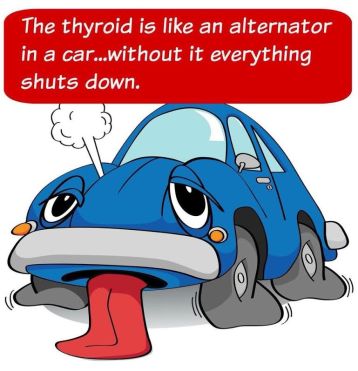 The Endocrinologist was a young mid 30’s woman. You could tell she really needs to step it up a bit. First off, she didn’t recognize my labs. Apparently, what I gave her was not good enough for her. She kept saying she is missing the entire story line. Meanwhile, I went over everything with her several times. I was told to only bring current labs and reports. She kept telling me she cannot treat me, as this is beyond her expertise level because this is my 3rd recurrence. I started to get annoyed because it took me 2 hours to get there and a co pay. They should of told me this over the phone.

The Endocrinologist rather me go to Moffitt, who specializes in aggressive ThyCa or Mayo Clinic. I can’t go to Mayo, because it’s a 4 hour drive.

I explained to the Endo that I can’t be on Cytomel and she said I shouldn’t be on it at all.  My medical case is too complex for her. Doctor T, my surgeon, is aware that she won’t help me. The Endocrinologist did not give me thyroid medication to hold me off until I find the proper specialist.

Not for nothing, I can’t be without thyroid meds. I have a malabsorption issue and she didn’t even believe it. Meanwhile, I showed her the 9 hour study I did at Moffitt cancer center.  Enough is enough with these damn Doctor’s. I am really sick and tired of lack of care. What worries me the most was when she never heard of a malabsorption issue before and kept repeating herself that it’s not true and that’s impossible. I said believe it or not it is very common and she rolled her eyes.

The fact that she didn’t know was TGAB LVL was or TGAB was a bit concerning to me. The Endocrinologist also doesn’t believe in Armour Thyroid, which is a synthetic pig hormone. She doesn’t prescribe it and refuses. I told her not for nothing that’s what Moffitt said to me but they had no choice but to give it to me because I MUST take something. I cannot take any other medications. I have a malabsorption with Levothyroxine, Synthroid and Tirosint by PO. Their are only 5 thyroid medications in this world.  Hell I’ll never go back on Levothyroxine which is a crappy generic that makes everyone sick. Horrible medication that shouldn’t even be offered to people.

I have 3 pills of Armour Thyroid left. I’m screwed. My surgeon can’t prescribe me anything because he doesn’t know the proper dose I have to be on.

As you all know, everyday we have to take our medication. I don’t have a thyroid and I can get very sick. I’m afraid I’m going to get sicker, and my organs will shut down.

If you remember my situation back 2 years ago my organs started to shut down because at the time back in NY, we didn’t know I had a malabsorption issue right away. My TSH was in the 300’s and my bladder was shutting down. It was awful and so damn scary. I’m afraid to go back to that place.

If I don’t get medication from anyone, I have to go to the Hospital. I have no other choice. I have to take my pill everyday otherwise I suffer and my entire body swells and I can’t even walk or get out of bed. I also could die.

It is incredibly important to take your thyroid medication on a daily basics. Clearly this Endocrinologist doesn’t give a shit.

The only reason I stopped going to Moffitt months ago, was because the doctor there did a sonogram and labs. He never called me I called him 10x a week. So, I felt like he didn’t want to deal with me. I was a bit upset and that is why I now go to Orlando. The issue is Orlando doesn’t have Endocrinology. They have radiation oncology, and surgeons only.

I called Moffitt back today. I haven’t spoken to them in months. I asked if I could see a woman doctor. Theirs only three doctors there. I explained the situation and the secretary said I had to speak with management. I had to give a reason why I didn’t want to see that specific doctor anymore. Now it has to go above management to be reviewed, which is pathetic. This could take up to 3-6 weeks. Let’s say I do get approved to switch doctors the doctor is booked up until October 2018. Either way I’m screwed.

I’m exhausted. I’m tired. My entire body is swollen and I just can’t handle much at this point.

This is where I’m at right now.